HARARE — The country is in debt-distress as it closed the year 2020 owing to its external creditors as much as US$10,523 billion in Public and Publicly Guaranteed debt with more expected to be loaded on the total bill, Business Weekly revealed in a report.

The country’s external Public and Publicly Guaranteed (PPG) debt could balloon to above US$17 billion if debts accumulated by the central bank are factored in.

The Reserve Bank of Zimbabwe’s debts are, however, still expected to go through the process of “due diligence, validation and reconciliation”.

According to the Annual Public Debt Bulletin 2020 Financial Year, the RBZ accrued facilities, which are not guaranteed by the Government amounting to US$379 million and legacy debts estimated at US$2,9 billion.

The RBZ accrued legacy debts during the US dollar and ZWL exchange rate parity era and once due diligence and the validation process is complete, the Government is expected to assume the debts.

The total external debt will include the US$3,5 billion that is earmarked to compensate former farm owners under the Global Compensation Deed.

However, excluding the yet to be assumed RBZ debts, the external debt is unsustainably high at 72,6 percent of GDP.

Excluding RBZ external debt of US$2,1 billion, total external public debt stood at US$8,4 billion, which is an increase of 4,1 percent from the total public external debt stock of US$8,094 billion in 2019.

According to the Debt Bulletin, signed off by Secretary for Finance and Economic Development George Guvamatanga, the increase in the total PPG external debt is as a result of the continued accumulation of arrears, as well as the disbursements from the active portfolios recorded in the year under review.

External loans disbursements during 2020 amounted to US$189, million. These were mainly from China Exim Bank for Hwange 7 and 8 Thermal Power Station expansion and the rehabilitation of the Robert Gabriel Mugabe International Airport, TelOne Backbone Network and NetOne Network Expansion Phase III.

Treasury, however, admits these external debt arrears, which account for US$6,6 billion or 62 percent of the total, “remain a major challenge to Zimbabwe’s economy”.

“Zimbabwe is in debt distress mainly due to the continued accumulation of external debt arrears.”

Observers say for as long as the debt arrears are in place, the country will have limited if any, access to concessional financing from both multilateral and bilateral Development Partners.

While Zimbabwe has been getting loans from institutions such as the African Export–Import Bank (Afreximbank) the cost of debt has been upward of 10 percent per annum including fees and other charges. Such high interest payments are an albatross to any economic growth.

“The clearance of external debt arrears and debt relief will unlock new lines of credit for the economy, which is critical to the achievement of the NDS1 objectives and the Vision 2030 goals,” part of the Debt Bulletin reads.

Zimbabwe’s debt resolution strategy is image building, international engagement and re-engagement as well as strengthening public debt management. Its a road that has proven bumpy with countries such as the United States of America remaining hostile, refusing to remove illegal sanctions imposed on the country.

With its influence, the US has kept other lenders at bay even from helping Zimbabwe restructure its debts.

Zimbabwe Coalition on Debt and Development Recovery Act (ZIDERA) gives the USs Secretary of the Treasury powers to instruct the US executive director to each international financial institution to oppose and vote against any extension by the respective institution of any loan, credit, or guarantee to the Government of Zimbabwe; or any cancellation or reduction of indebtedness owed by the Government of Zimbabwe to the United States or any international financial institution.

The United States has refused to acknowledge efforts by the President Mnangagwa-led Government toward implementing comprehensive, sound macroeconomic policies and reforms as articulated in the NDS1.

Early this week, the US, in its Government-by-Government Assessment on Zimbabwe, accused the Harare administration of not making publicly available “information on contingent debt or state-owned enterprise debt.”

The Annual Public Debt Bulletin 2020 Financial Year, however, its very detailed in accounting for both domestic and external Public and Publicly Guaranteed (PPG) debt. 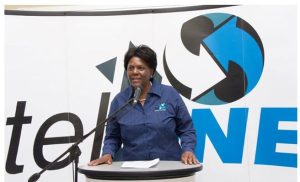 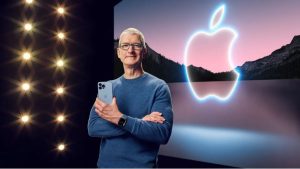 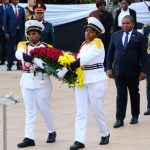 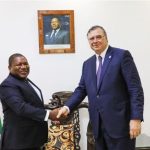