PRETORIA – National team captain Ronwen Williams made a frank admission on the class gap between South Africa and France after Bafana Bafana lost 5-0 on Tuesday.

South Africa’s men’s national team received a stark reminder of the work they still need to do to improve after a humiliating 5-0 loss to reigning world champions France in Lille on Tuesday.

The Blues (Les Bleus) led to victory through goals from Kylian Mbappe (2), Olivier Giroud, Wassim Ben Yedder and Matteo Guendouzi and could have scored more without Williams in the goal who was forced to make 11 saves.

The SuperSport United goalkeeper was busy in goal throughout and later revealed the Frenchman were simply on a different level to Bafana Bafana in every department.

“It was a wonderful experience and we learned so much but, obviously, it was tough,” Williams told the SAFA media team on Wednesday.

“We knew coming into the game that playing against the world champions wasn’t going to be easy and they showed their level – and it showed where we are as a nation and a team.

“There are positives to take out of this and that will make us a better team going forward so now we’ve got a lot of things to work on.

“Matches like these are where you learn the most about your team and about your players and how they adapt to situations,” he added.

“We don’t have to look far. Since the coach has come in, we’ve played eight games against African opposition, won five, drew two and lost one. It shows that we are moving in a positive direction.

“Playing the world champions is not easy. We have to be honest and say that they are on a different level to us. But in saying that, last week we played Guinea and we were bossing the game. We had as many chances as France had against us.

“Against our African opposition, who we will obviously face more often, I think we are comfortable and can compete against them.”

Despite clear progress on the home continent, Williams admits there is still work to be done before he and his teammates can compete on the biggest stage again, having last done so as hosts in 2010.

“We weren’t far off qualifying for the World Cup and [if we qualified] we would’ve come up against world-beaters like this,” he said. 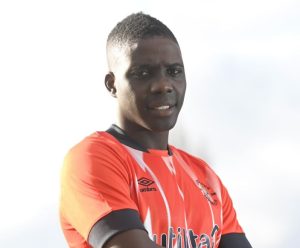